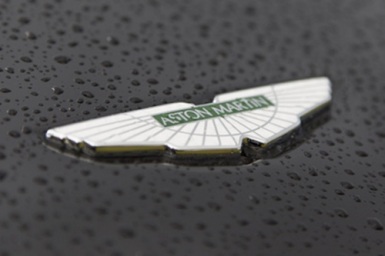 A man from Leicester has been sentenced for falsely reporting his Aston Martin DB7 Vantage stolen, in an attempt to defraud his insurer.

Gulam Mohammed Wahid, 41, of Leicester, alleged that the luxury vehicle had disappeared from his driveway overnight, when in reality, the car had been kept, unmoved, at a local garage for several years. Wahid provided a fraudulent MOT certificate in order to substantiate his allegations, but the insurer detected that the claim was not genuine and referred the case to the City of London Police’s Insurance Fraud Enforcement Department (IFED) for investigation.

He was sentenced for one count of Fraud by False Representation at Leicester Magistrates Court on Friday 12 March 2021 to six months imprisonment suspended for eighteen months with a curfew requirement over the next eight months.

“Wahid let an expensive car go to rack and ruin, leaving it exposed to the elements in the yard of a local garage for a number of years. After years of neglect, Wahid attempted to make a fraudulent theft claim through his insurer in order to gain financially from a vehicle which was probably worth very little in its condition.

“The fraudster was clumsy in attempting to cover his tracks, leaving the car at a garage just a few hundred metres from the restaurant where he worked. IFED officers were able to quickly link the vehicle to Wahid, proving that the car had not been stolen and that the claimant had tried to defraud his insurer. For that, he has been rightfully punished.”

Wahid took out an insurance policy for the Aston Martin in May 2019. Prior to this policy being set up the vehicle had not been insured, nor had it held a valid MOT for around ten years.

Two months later, Wahid reported his vehicle stolen to the police, stating that he had driven it locally and parked it on his driveway upon his return at around midnight. According to Wahid’s report, he woke the following morning to find the car missing. Wahid then contacted his insurer to inform them of the theft and submit a claim worth £30,000, providing an MOT certificate for the vehicle.

Uncertain of the legitimacy of the claim, the insurer instructed a member of staff to visit the garage, from which the MOT certificate had been issued, in order to make further enquiries. The agent from the insurer was met with threats of violence from the employees at the garage, further fuelling the insurer’s suspicions that the certificate was fake. The garage has since been investigated by the Driver and Vehicle Standards Agency (DVSA) and its authority to conduct MOTs has been rescinded.

Three months after the initial report, the insurance company informed Wahid that they believed the claim to be false and therefore no compensation offers would be made.

Whilst a routine check was being performed by the DVSA at another local garage, the inspector performing the check noticed an Aston Martin DB7 parked in the yard. The inspector was aware of a car of this type that had been reported stolen and held a fraudulent MOT certificate, and so decided to run checks on the vehicle. The enquiries revealed that this indeed was the same car that Wahid had declared stolen.

The owner of the garage gave a statement confirming that the vehicle had been parked in the yard for around seven years, with the exception of one occasion where the owner took it for a brief drive. Photographs taken by the DVSA inspector support this statement, as a significant accumulation of debris could be seen on the vehicle.

The garage owner also provided the phone number for the vehicle owner, which matched the number associated with both Wahid’s insurance policy, and his Driver and Vehicle Licensing Agency (DVLA) record. He also disclosed that he knew the vehicle owner as a worker in a local restaurant.

IFED officers looked into the restaurant, with company records showing that the active associates both had the surname Wahid and resided at the same address as Wahid. HMRC records also established that Wahid was in receipt of a salary from the restaurant.

Wahid was interviewed by IFED officers, responding ‘no comment’ to all questions.